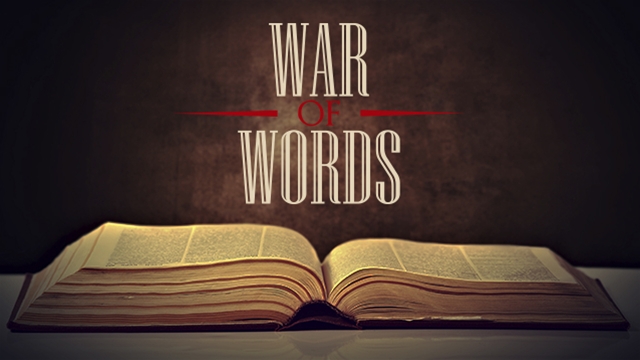 From the Trenches of the Word War: Tips on Writing Your First Draft

In ten years of writing, you might say that I’ve gained a lot of experience with drafts. Some of the mistakes I made as an amateur transferred over when I became a professional. In the beginning, writing the first draft of a book felt like pulling teeth. What I quickly learned is that writing a first draft doesn’t mean that we’re turning nothingness into something magical. It means that we’re turning nothingness into something that’s slightly better than nothingness – a mess of disjointed words with an unpleasing structure. But that’s okay! That’s what a draft is supposed to be. It’s like fighting in the trenches – it’s messy but it has to be done. What’s important is that a draft gives you something to work with. From the trenches of the war of words, here are my tips on writing that first draft.

Tip 1: Always Start With an Outline

I remember hearing this all of the time but completely ignoring it. The moment I started using an outline, my productivity doubled. Experience has shown me that an outline forces me to really think about what I’m going to write before I ever lay a finger on the keyboard. I eventually have to answer those questions so I might as well do it first, rather than waiting until I’m in the writing zone.

With that said, I have also figured out that we have to be willing to leave that same outline behind in favor of creativity. Imagine your book as a road trip and your outline is the route. Sometimes, you might see some amazing landscape that you just have to check out, so you take a detour. Writing is the same way. Sometimes a detour changes everything. Sometimes it’s just a dead end. If it’s a dead end, then your outline will put you back on track.

Tip 2: Your Draft is Not the Sculpture

If you were a sculptor, then you would look at your first draft as the clay with which you will craft your masterpiece. The draft itself is not the masterpiece. In fact, it’s probably going to be messier than clay! There are three phases that you have to complete after finishing your draft. Those phases are where masterpieces are created.

Look at it like this. As bad as your first draft might be, no one is going to read it. In fact, I never show my first drafts to anyone. The first version that my editor lays his eyes on is the second draft. I already know the first draft will need work. I’m not saying that you shouldn’t ever show your first draft to anyone. In fact, you might need an expert to guide you and give you feedback.

Okay, here’s where I veer away from a lot of others. I believe that too much research in the beginning can really bog down your writing. Answer your big questions with your outline and then move on. As you are writing your draft, mark areas where you need to come back and add details. Then you can do that research once you have finished writing your first draft. Here’s why I am so keen on putting off research. If you have to stop all of the time in order to research a fact, then your writing is going to suffer.

Deadlines have a way of making us more proactive. I know they suck, but that downside is also their greatest advantage. They suck because of the way they make you feel. That motivation will actually push you into being more productive. Set a schedule for writing your draft and then make sure that you stick to that schedule. In a business (and writing is a business) where we work alone most of the time, setting deadlines for ourselves is imperative.

The main point here is that we have to look at our first draft as exactly what it is. It’s not a masterpiece – it’s a master piece of garbage! But it’s a necessary step. Without a draft, it’s impossible to take the next step. Don’t worry too much about it. Just write. The moment you start looking at a draft as just a single step in a long process, you will begin to churn out books at a much faster rate.