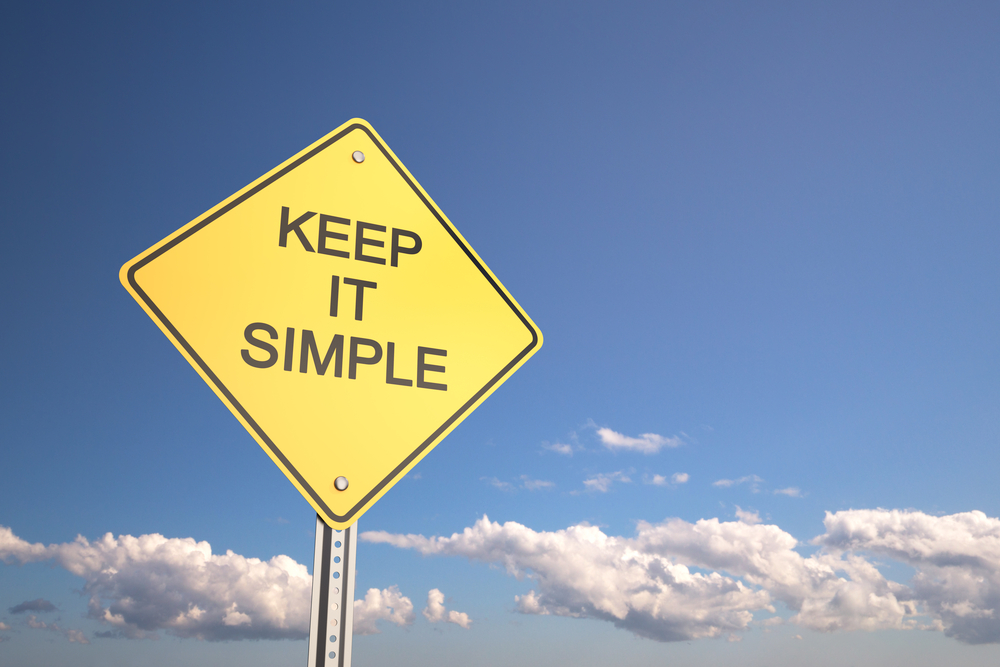 The Truth about Simplicity in Writing

Simplicity can be a driving force in life. It comes with many benefits. The problem is that today’s society tends to link simplicity with laziness, which couldn’t be further from the truth. In most cases, the simplest method is often the most efficient – although that’s not always the case.

When I first got into this business, I always looked for the most complicated methods of putting things together. It was only when I started to simplify my business model that I started seeing progress. The fact is that simplicity has a ton of benefits that come with it, not just in business but in everyday life.

Here are a few simple truths.

Simplicity doesn’t always mean that you’re sacrificing quality. In most cases, it actually improves quality because it makes life easier for readers as well. Look at some of the bestselling books on the market. They are quite easy to read. Books that use lots of big words tend to annoy readers more than they help them. Our job as an author is to deliver our message in an easy-to-understand way.

Simplicity will change your life. Rather than wasting time doing everything in a complicated way, you’ll find that you can get a lot more done by making the process easier. Unless you’re writing an academic book, you should be writing at a high school level. Nothing more and nothing less.

Simplicity makes you more open-minded. Being open to change is a necessary trait for the creator of any world. Remember, as authors we are all creators of worlds so we absolutely must be open to change.

Simplicity also demonstrates happiness with less. This might be the most difficult aspect for many of us to grasp because we’re taught that more is preferable. Think about it; when asked what someone would wish for, they normally respond with “happiness” or “love.” That proves our hearts want something simple, but then our senses are overloaded with mixed messages of “more is better.” The truth is that in most cases, less is more.

This same philosophy should inspire your writing because if you want more people to read your books, then you need to write in a way that is entertaining for them. Do you really think that the majority of people love stopping to figure out long, complicated words? Are they thrilled by the concept of having to piece together a complicated idea? Of course not!

Quotes that Should Inspire Simplicity in Your Writing

Readers want to learn in the most efficient way possible. I’m not saying that you should write at a fourth-grade level, but you shouldn’t over-complicate your message either.

My belief is that writing should be as concise as possible. That will make it easier to digest. Some individuals have a lot of trouble clarifying their message. I find that to be the number one reason they hire me in the first place. I’m not downing anyone here. It’s perfectly natural to write the way we speak and think. Those who have been in college for almost a decade are going to pick up those academic words and use a more academic voice when writing. But most readers don’t think in that way so we have to learn to simplify ideas into a manner that actually helps.

Here are a few quotes that should inspire simplicity in writing.

“Everything should be made as simple as possible, but not simpler.”

Many of us don’t relate Einstein to simplicity but if you listen to the way he speaks, you will see that his messages are always clear and concise – just like the above quote. While most people don’t relate to his scientific approaches, they still find huge value in his quotes. The reason is because he simplified his messages in a way to help the most people.

“The most valuable of all talents is that of never using two words when one will do.”

This is a truly awesome quote from a true rock star in history! He penned one of the world’s most important documents. While the language he used to pen such a detailed legal document was quite complex, the message he portrays with it is quite simple. I think most Americans understand the Bill of Rights and their meaning.

“The ability to simplify means to eliminate the unnecessary so that the necessary may speak.”

This quote reminds us of the importance of self-editing. In fact, truer words have never been spoken in the literary word. As an editor, one of my main goals is to “eliminate the unnecessary.” If it doesn’t belong, then it should be removed. What concept could be simpler than that?

“Many a poem is marred by a superfluous word.”

“Use the smallest word that does the job.”

Unless you’re playing Scrabble, overly complicated words should be used sparingly. Trust me; no one is impressed by words that send them to Dictionary.com. In fact, the College Board has already eliminated the analogy section of the SAT because it caused students to pick up obscure vocabulary words that have no practical application.

Don’t take this the wrong way though. I’m not saying that having a large vocabulary is a bad thing. I personally love to learn new words. Friends see me as a walking Thesaurus. As writers, we need a large vocabulary but just because we know a word, we don’t have to include it in our writing. There is a place for complicated words and their use is quite rare.

“Simplicity is the ultimate sophistication.”

I absolutely love this quote because it’s a great reminder that simplicity reigns supreme. If Da Vinci says simplicity is the ultimate sophistication, then who are we to argue with one of the greatest minds the world has ever known?