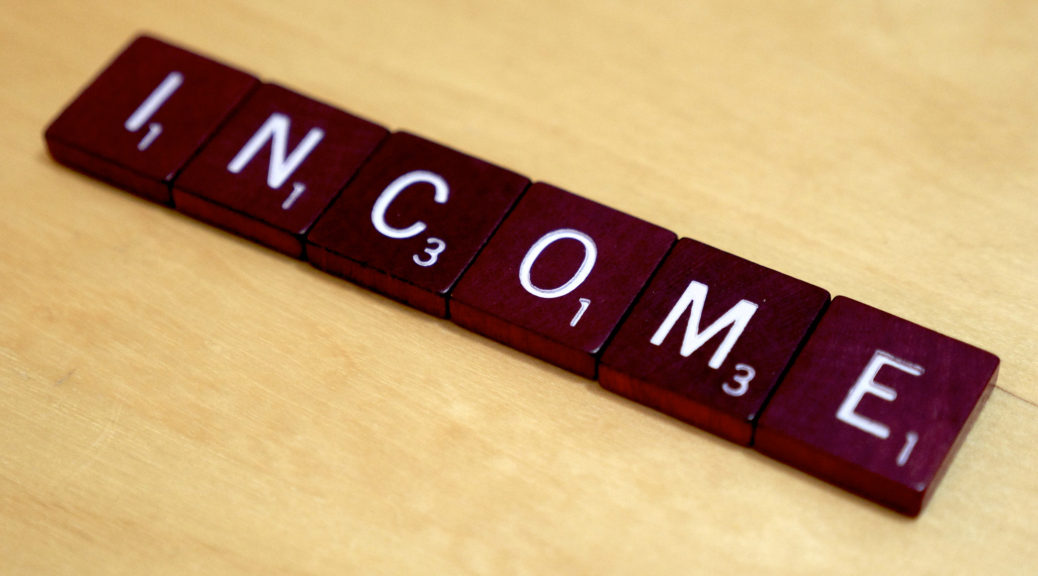 This blog certainly isn’t based on managing finances or getting rich – its goal is to show you how to take your ideas from concept to completion. One of the goals with writing a book is to earn a profit. Sure, that might not be your main goal but it’s one that’s definitely on your mind.

Whether you like it or not, the world we live in requires money in order to survive. It’s not the Alpha and Omega of life, but finding ways to generate income is necessary.

Before we get started, I want to point out two common misconceptions about money:

It’s a common belief that the only way to make money is to have a job and work 40 hours a week. If we need more money, then we are told that we have to work harder. Most of us are raised to believe this. However, this belief is not entirely true. The underlying truth is that the more of a contribution a person has on society, the more money they are going to earn. Whether it’s Joe going to work at the shoe factory every day or Bob taking the boat out fishing all day, they are both contributing to society. Joe is doing his part to supply shoes to others and earns his paycheck for doing so. Fisherman Bob goes out on his boat and earns his living. Although he might work for himself, Bob still contributes to society by catching fish for others to eat. As you can see, even though Joe and Bob earn their money from different methods, they have one thing in common. They both make a contribution to society.

You might be asking yourself what any of this has to do with writing and publishing a book. Now I’m going to answer that with something that most beginning writers do not understand – one of many things that separate success from failure. It’s a common belief that writers should only focus on writing – all the time. That is about as far from the truth as it gets. I see new writers on Twitter all of the time, constantly posting that they are writing. Yet, half of these individuals never finish their first book. Others finish, yet never publish. Don’t get me wrong, I’m not bad mouthing anyone for only writing as a hobby. They live their life by their own rules. However, if you’re reading this book then you want something more. You want to take that leap of faith, yet you’re afraid that no one is going to catch you on the way down. Holding your idea close to heart, you wonder how those before you found the courage to hurl themselves off of this precipice. Here’s your answer. They didn’t!

Does it seem like a good idea to jump off a precipice whilst unable to see the ground? Of course it’s not a good idea! Success doesn’t require blind faith. It requires a plan and then execution of that plan. There is no leap of faith. Luck is just an excuse that people create out of their fear of trying. Success is a journey and it all begins with a single step.

The first step to planning success is to learn to look at money a little bit differently. There are three different types of income: earned, portfolio, and passive. Before we start looking at how to get the most money from your book, let’s take a closer look at the two most popular types of income.

The life of a writer is much different than you will learn in school. In other words, a book will earn income a lot differently than you might believe. Remember that income is directly proportional to the amount of contribution you make to the world. Your book is the same way. Its contribution to the world is entertainment, information or ideas.

Any type of income that is earned by trading time for money is earned income. For example, an employee going to work every day for an hourly or salary wage is earning income. However, earned income doesn’t necessarily require that one works for another person or company. A teenager mowing their neighbor’s yard for some extra cash would be considered earned income.

Some of the things that generate earned income include:

Earned income (as you might have guessed) is the most common way that people make money. The downside to earned income is that if you stop working, you stop getting paid. The amount of money earned is proportional to the time and effort you put in so it’s harder to increase income without either working more hours or learning more skills. Furthermore, earned income has the highest tax rate of all income types.

If all that is true, then why would the majority of the world depend on earned income? There are two reasons: one, it’s easy and requires no plan to get started; two, it requires no start-up capital. Earned income has its place but if you are writing a book then you are looking for something more.

Passive income is the life source for writers and is money generated automatically through work that was created on a previous date. For example, book royalties are a form of passive income. You invested the time and/or money in writing it. Once it has been published, whenever someone purchases the book, you receive money (for the rest of your life).

Another example of passive income is a landlord renting a home to another. They invested the time and money to buy and maintain the property but now they are generating a regular income passively. Here are some examples of passive income:

This is the main type of income that we are going to strive to achieve by writing and publishing a book. Don’t misunderstand. Passive income is not a get rich quick strategy. It takes time and patience to achieve. It will not happen overnight and could potentially take years.

Your two main goals with a book are as follows:

Goal 1: Provide a useful contribution to society by writing an informative and/or entertaining book.

Notice that I emphasize contributing to society above earning money. Why? If you make a positive contribution, you are guaranteed more success than if you were to release a horrible book. I would go as far as to say that any income that is generated without a contribution to society could be seen as a scam. There are a few exceptions, like winning the lottery.

As you might have guessed by now, passive income is how people become wealthy. It allows one to continue to earn income no matter what happens in life. That’s going to be the main focus of your book.

Reinvesting in your Book

Reinvesting money into your book is one of the most important factors in whether or not it will be successful. Publishing a book should be treated like a business rolling out a new product. In the beginning you won’t need a full budget but you need to decide how much of your book’s royalties are going to be reinvested into marketing.

Like any other business venture, publishing a book requires investments in order to achieve optimum results. One of the best things about publishing a book is that once you have made your initial investment, the book should generate enough passive income so that you can use a percentage of that to refund its marketing. As you increase marketing, you will increase the amount of income being generated through the book.

This is all assuming that you monetized the book so that you’re not just dependent on royalties.

Right now, I want you to decide how much of your book’s royalties are going to be reinvested into it.